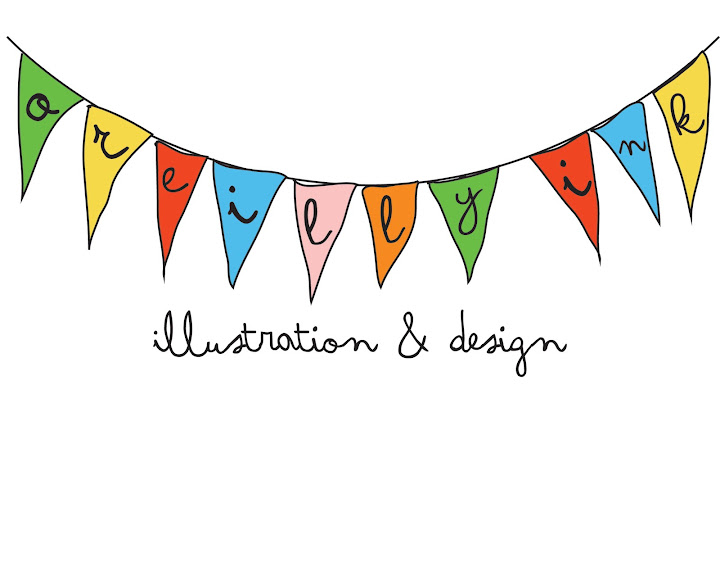 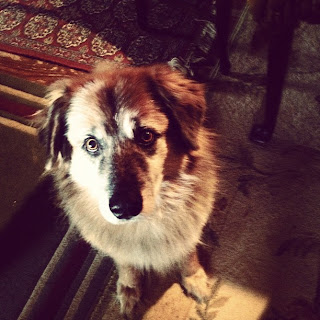 Our dear family farm dog, Bill, lost his battle with liver failure last month. I recently went up to the farm to pay my respects (and lay some flowers upon his grave) since I couldn't be there when he was euthanized. Bill's health began to decline a few weeks ago, and, after several ups and downs, it was time to put him to rest at last. We first thought it was kidney failure, though blood tests proved his liver was the problem, just due to his age. It was extremely hard pulling into that long gravel driveway and not seeing him waiting at the end. 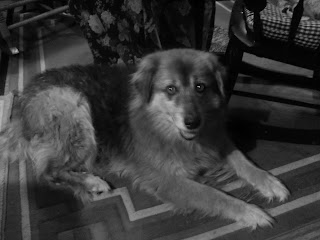 Bill, late last year.
We picked up Bill as a tiny, fluff of a puppy from a nearby farm, a gift for my Dad, but also a dog for my brother. I remember being 14, dealing with not only a first love's heartbreak, but also the onset of a lifetime of clinical depression. I sat down in the straw near a pile of eager puppies and picked up the fattest pup. A little boy. My 8 year old brother chose to label him as 'Bill'. 'Why?' my mom and I asked. 'After the fat guy on King of the Hill.' And so he was Bill. 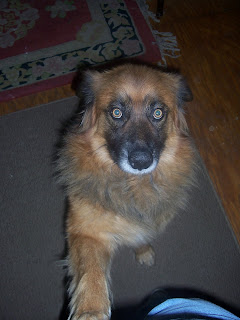 Middle-aged Bill...just beginning to get a gray muzzle...
Bill stayed with us through the disappearance of my mom's black lab, Oliver, and the death of our 13 year old husky, Silas. He had what you'd say was an 'old soul,' as if a human life dwelled beyond his golden brown eyes. Bill was not a dog, he was a member of the family. He was my doggy-brother, my fellow traveler, a keeper of his family. He wagged his tail til the end, I'm told. He never wanted his family to know he was hurting, but to realize he was grateful. It will take time to realize he's not at the front door or sleeping under the dinner table. Toys put away, food bowl shelved. Every dog owner will say it, but he truly was one of the best dogs ever. 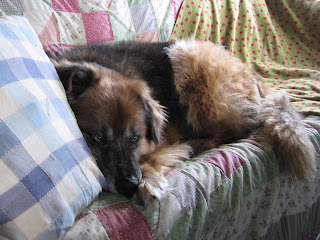 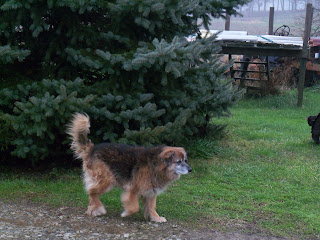 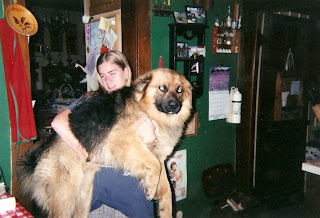 
I do have puppyhood pics, but not with me. Hopefully I can add them soon.

I'm so sorry for your sadness. Losing your best friend is never easy, big cyber hug to you

Things To Look At